Each year, high school students from across Tennessee face off in a fast-paced, academic science and math competition for a chance to win a spot in the Department of Energy (DOE) National Science Bowl. The Tennessee Science Bowl is annually managed by the Oak Ridge Institute for Science and Education in hopes of inspiring students to pursue STEM-related studies and careers.

This regional competition features teams of students from public, private and home schools who compete in a question-and-answer format. Teams compete two at a time, answering toss-up and bonus questions. The teams are randomly placed in divisions and play against others within their division during the round-robin rounds. The top two teams in each division advance to the double-elimination rounds in the afternoon.

The Tennessee Science Bowl is sponsored by DOE’s Oak Ridge Office and other local businesses including ORAU, which manages ORISE on behalf of DOE and has been a partner since the event was launched in 1991.

What kinds of questions are asked at the Science Bowl?

Check out these sample questions that were used at the regional competitions in previous years (from the National Science Bowl website).

Ready to test your STEM knowledge?

The Tennessee Science Bowl is the largest regional science bowl in the nation, reaching more unique schools than any other science bowl event. Watch the video to learn more about this exciting annual competition. 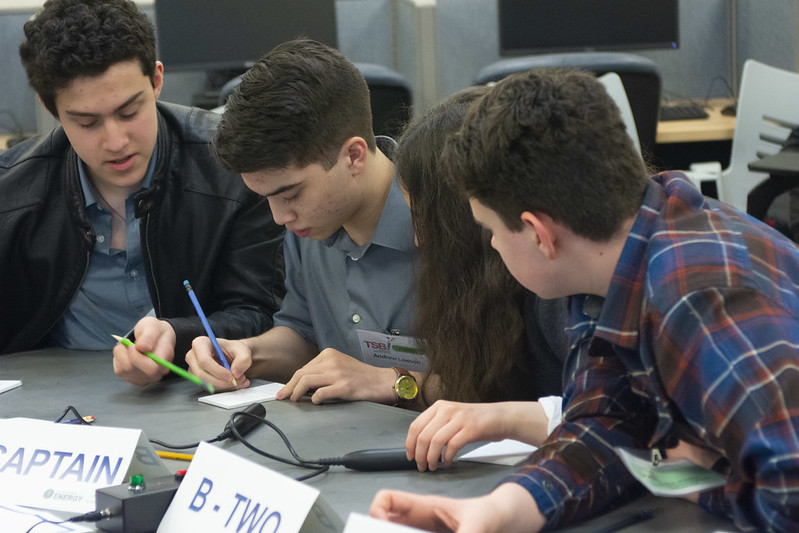