Detecting radiation is achieved through the use of a variety of instruments. The most common type of radiation detector is a Geiger-Mueller (GM) tube, also called a Geiger counter.

How to use a Geiger-Mueller (GM) counter to detect radiation

Get the GM counter and batteries from storage; prepare the instrument and determine background level.

How to survey a person

The following procedures are recommended for personnel monitoring: 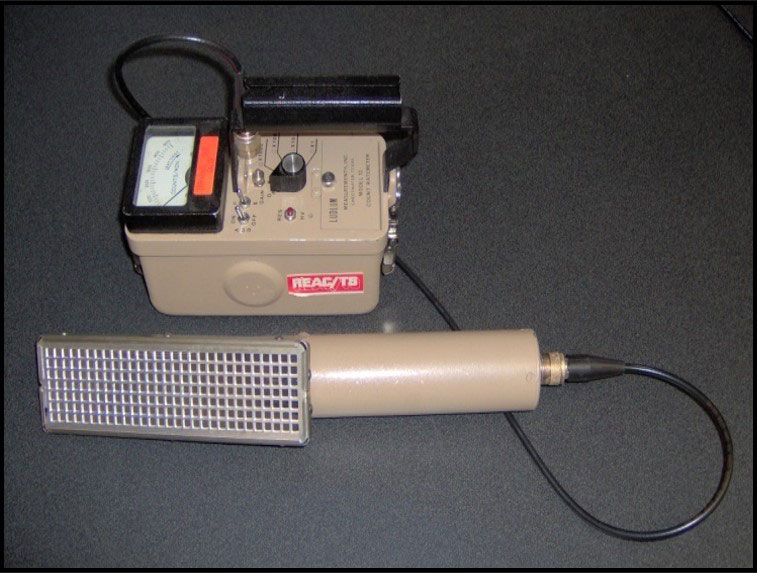 This probe is used for the detection of alpha radiation.