Sometimes an inspiring teacher or mentor shines a bright light on the path a student may tread in their search for knowledge. Such was the case for Nicole Moore DiBlasi, recent participant in the U.S. Department of Energy (DOE) Scholars Program funded through the Oak Ridge Institute for Science and Technology (ORISE), as part of the Waste Isolation Pilot Plant (WIPP) project. 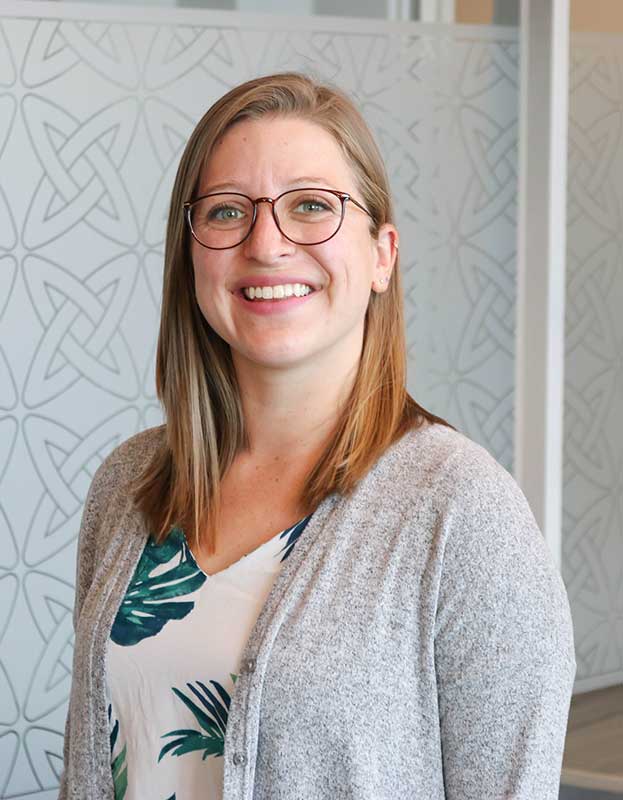 Nicole Moore DiBlasi began her research into the environmental interactions of plutonium within the Carlsbad Field Office Fellowship and continues her investigation with the DOE Scholars Program funded through ORISE. (Photo Credit: University of Notre Dame Graduate School)

The DOE Scholars Program, is designed to provide opportunities and attract talented undergraduate and graduate students, as well as recent graduates, to appointments that are carefully designed to help prepare participants towards the full range of entry and mid-level research, technical and professional positions within DOE and organizations that support the DOE mission.

While earning her bachelor’s in chemistry from the University of Missouri, DiBlasi began her research alongside Dr. Silvia Jurisson, professor of chemistry, radiology and nuclear science and engineering. Dr. Jurisson’s mentorship proved to be formative to DiBlasi’s interests in studying radiochemistry, a subset of chemistry focused on the interactivity of radioactive materials.

Two years later as a post-graduate student earning her doctorate in civil and environmental engineering and earth sciences at the University of Notre Dame, DiBlasi made a connection with her current mentor, Dr. Don Reed, through her advisor, Dr. Amy Hixon.

As the team leader of the Actinide Chemistry and Repository Science Program at Los Alamos National Laboratory (LANL), Dr. Reed encouraged DiBlasi to apply for the Carlsbad Field Office (CBFO) Fellowship in 2017, and once she was accepted, she began learning under his mentorship about her current research projects within the DOE Scholars Program.

As a participant in the DOE Scholars Program, DiBlasi investigated the environmental interactions of plutonium to ensure proper disposal of used nuclear materials.

“More specifically, I researched the interactions between plutonium and the organic complexing agent ethylenediaminetetraacetic acid (EDTA),” DiBlasi said. “Both plutonium and EDTA have been co-disposed in WIPP in Carlsbad, NM – the United States’ only operational deep geologic repository for the final disposal of nuclear materials.”

Plutonium is of environmental significance because due to its prevalence in both defense and commercial transuranic waste, high alpha radiotoxicity, and long half-life, it will persist and contribute to the overall radioactivity of disposed nuclear materials for more than one hundred thousand years.

“My research focused on the redox behavior, solubility and aqueous speciation of plutonium in the presence of EDTA and additional environmental components in the context of the high ionic-strength chemistry typically found in salt-based repository concepts such as the WIPP,” she explained.

The first branch of DiBlasi’s research project involved conducting batch experiments to determine the effect of EDTA on the long-term oxidation state distribution of plutonium under environmentally-relevant conditions.

The second branch of her research involved competition of plutonium-EDTA complexation with additional environmental components. Complexation is the weak association/bonding of two chemical species that can change their chemical properties as well as their inherent mobility.

“Knowing how different environmental components may compete with plutonium-EDTA complexation is important for implementing thorough geochemical models for the prediction of plutonium environmental behavior,” she said.

DiBlasi’s research within the DOE Scholars Program ensures that nuclear materials are disposed of properly and was a direct response to experimental gaps in the literature identified within the WIPP project and confirmed by the Environmental Protection Agency (EPA) review of the WIPP.

“The results of my research directly relate to future design and implementation of deep geologic repositories for final disposal of used nuclear materials, as well as environmental remediation in near-surface contaminated environments containing both plutonium and EDTA,” she said.

“The DOE Scholars internship has given me the opportunity to learn from experts in the field, establish and maintain valuable relationships and provide great science in short time frames,” she said.

During her appointment with DOE Scholars, DiBlasi contributed to four submissions for various scientific journals, including Chemosphere and Applied Geochemistry.

She also presented her research at multiple conferences, workshops and meetings alongside other research scientists on six separate occasions dating back from her time with CBFO, including a presentation on September 17, 2019 at the Migration 2019 conference in Kyoto, Japan where DiBlasi’s joint LANL-KIT-ND poster was one of four posters recognized for scientific excellence by the conference.

As a CBFO and DOE Scholars fellow, DiBlasi has had the opportunity to contribute research to multiple scientific groups including teams at LANL in Carlsbad, NM, the Institute for Nuclear Waste Disposal at Karlsruhe Institute of Technology in Karlsruhe, Germany as well as within the University of Notre Dame under the direction of Dr. Amy Hixon.

“I would absolutely recommend DOE Scholars to others,” DiBlasi said. “I have gotten to travel the world for conferences, learn from both the U.S. and international experts in my field and gain valuable professional networks that will help me greatly in building my career.”

Following the completion of the DOE Scholars Program, DiBlasi looks forward to receiving her doctorate from the University of Notre Dame.

“Ideally, I would like to continue research within the field of nuclear materials and radiochemistry as either a postdoctoral researcher or staff scientist at a national laboratory or with a placement in the DOE,” she said.

The DOE Scholars Program is funded by DOE and administered through the Oak Ridge Institute for Science and Education (ORISE). ORISE is managed for DOE by ORAU.