I am active with the American Nuclear Society where I am currently:

I am active with the U.S. Women In Nuclear where I am on the Communications Committee.

Why is representing women as a STEM leader important to you?

“When I was going through my undergraduate degree, there just weren't that many women in STEM. On our advisory panel at Rensselaer we had one female, and my department head made sure I met her, because I had made a comment earlier about there were no women. That particular woman was Gail de Planque. She was the first female NRC commissioner, and I believe she was also the first female American Nuclear Society president. And so, knowing that there was somebody else out there that looked like you, that was married, that was very competent in their position. At least you didn't feel like you were alone.”

Current ORISE Mentor: In the past five years I have mentored students in both the Higher Education Research Experience (HERE) and the Nuclear Engineering Science Laboratory Synthesis (NESLS) programs. 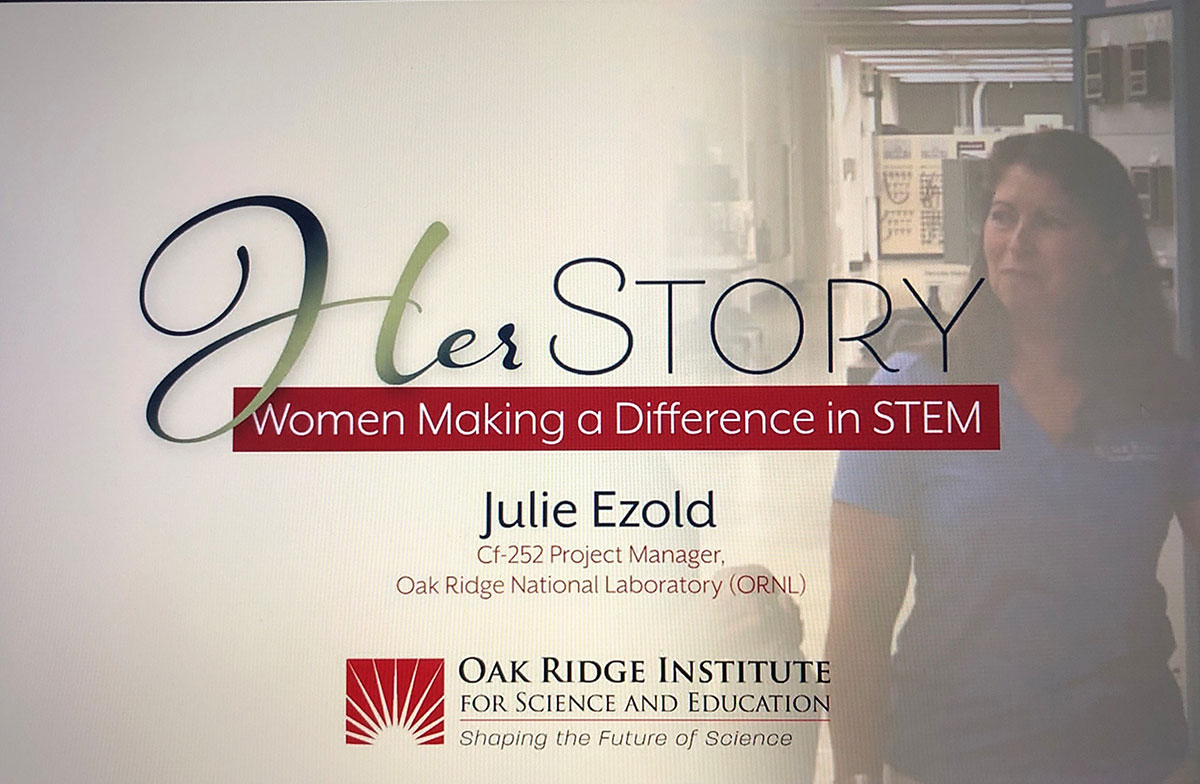