Elements of the U.S. Department of Energy asset now known as Oak Ridge Institute for Science and Education were originally conceived by University of Tennessee physics professor Dr. William G. Pollard to cultivate a peacetime purpose for the nuclear science generated by the Manhattan Project. This vision became a reality on Oct. 17, 1946 when the Oak Ridge Institute of Nuclear Studies received a charter of incorporation from the state of Tennessee. Although the name later changed to Oak Ridge Associated Universities, the organization’s mission generally remained the same as the programs it managed evolved over time.

In 1992, DOE consolidated many of these legacy programs into what became known as ORISE. DOE selected ORAU to manage the initial ORISE contract and ORAU is honored to have continuously served DOE and the DOE national laboratory system in this capacity for more than 30 years.

DOE established ORISE with an operating budget of $75 million, encompassing programs long-managed for DOE by ORAU in science education, training, and environmental/occupational health.

ORISE developed a model for physicians treating blood vessels with radiation following a balloon angioplasty to keep blockages from reoccurring. The model helped determine the safest amount of radiation to apply to a blood vessel.

ORISE staff were key members of the team that drafted the Multi-Agency Radiation Survey and Site Investigation Manual (MARSSIM) and developed the first MARSSIM training course to assist participants in learning this new approach for radiological surveys decommissioning. 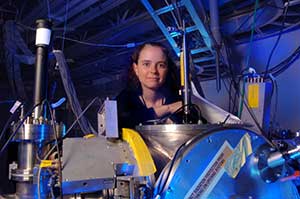 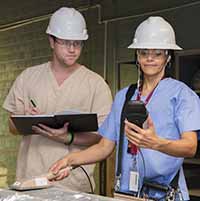 As part of the reindustrialization of DOE’s K-25 plant, thousands of tons of radioactive scrap metal were independently verified by ORISE as decontaminated and safe for recycling or release to industry.

ORISE trained more than 9,000 emergency response personnel in the First Responder Domestic Preparedness Program and more than 740 students in 22 classes across the United States in the Bomb Technician Training Program. ORISE also provided security planning for the Republican and Democratic National Conventions and Summer Olympic Games.

In support of 9/11 response efforts, ORISE staff deployed with other members of DOE’s Consequence Management Response Team for five weeks to safeguard against additional acts of terrorism that might involve nuclear materials. 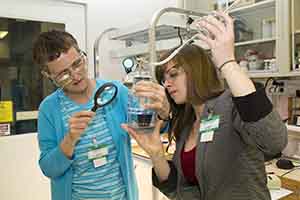 ORISE placed the first teachers in the summer-long DOE Laboratory Science Teacher Professional Development Program at ORNL, established by the DOE Office of Science to engage teachers in the scientific community and help them function as leaders of science education reform. 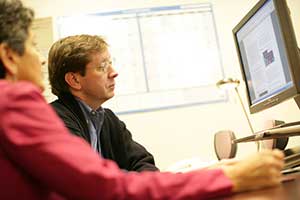 DOE’s National Supplemental Screening Program was established, managed by ORISE. The program offered free, customized medical tests to thousands of former site employees who may have been exposed to hazardous substances at work.

ORISE coordinated a peer review of 80 proposals for DOE's Innovation Novel Computational Impact on Theory and Experiment Program, which allocated nearly 900 million processor hours to 66 project teams on some of the world's more powerful supercomputers at DOE national laboratories.

ORISE conducted a two-week review of two facilities competing for the opportunity to design and establish DOE’s $550 million Facility for Rare Isotope Beams, which was ultimately awarded to Michigan State. The facility provides scientists with critical information about the properties of rare isotopes not found on earth in order to better understand the origin of the elements and the evolution of the cosmos. 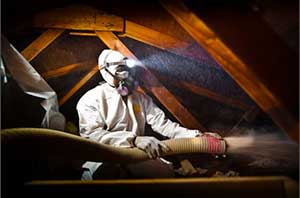 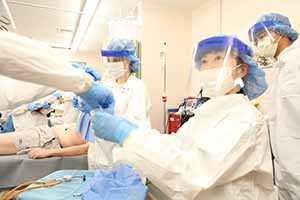 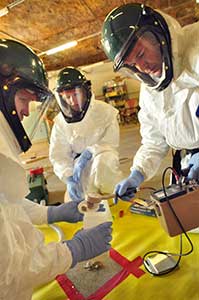 ORISE characterized the nature, extent, and specific locations of radiological and chemical contamination with DOE's 2.8 million-square-foot legacy facility, K-33, where uranium enrichment had once taken place. 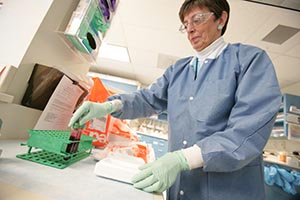 ORISE epidemiologists, in collaboration with Vanderbilt University, DOE, NRC, NASA, and EPA, were selected to help design and execute a largest-of-its-kind study in the U.S. on the effects of long-term worker exposure to low-dose radiation involving more than one million workers. 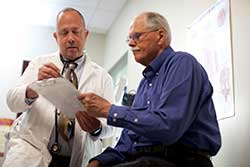 ORISE published its final Worker Health Summary, a ten-year report of DOE complex-wide occupational health data collected on more than 136,000 individuals through the DOE Illness and Injury Surveillance Program. Over the 20 years of the program’s existence 217,000 DOE workers were assessed.

More than 15,000 former energy workers received medical screenings through DOE’s National Supplemental Screening Program since the program’s inception in 2005. The screenings are designed to identify certain occupational diseases, such as respiratory illness or cancer. DOE awarded a new $23M, five-year continuation contract to continue management of this program.

In a competitive bid, DOE selected ORAU to continue to manage ORISE with a new, up-to-10-year contract. 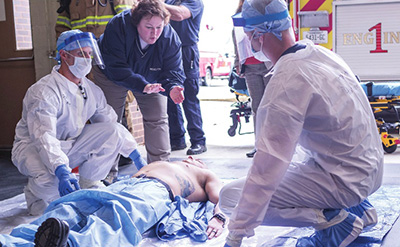 During 2018, REAC/TS made several trips to the Kennedy Space Center (KSC) for meetings focusing on the Department of Energy/NNSA support for the Mars 2020 mission. The meetings presented opportunities to educate medical communities surrounding the KSC in basic radiation physics, patient care, and treatment with medical countermeasures. 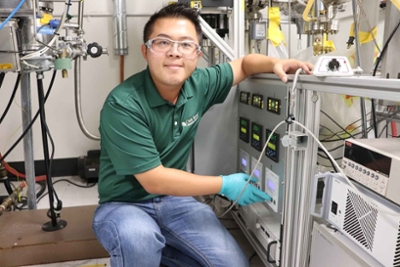 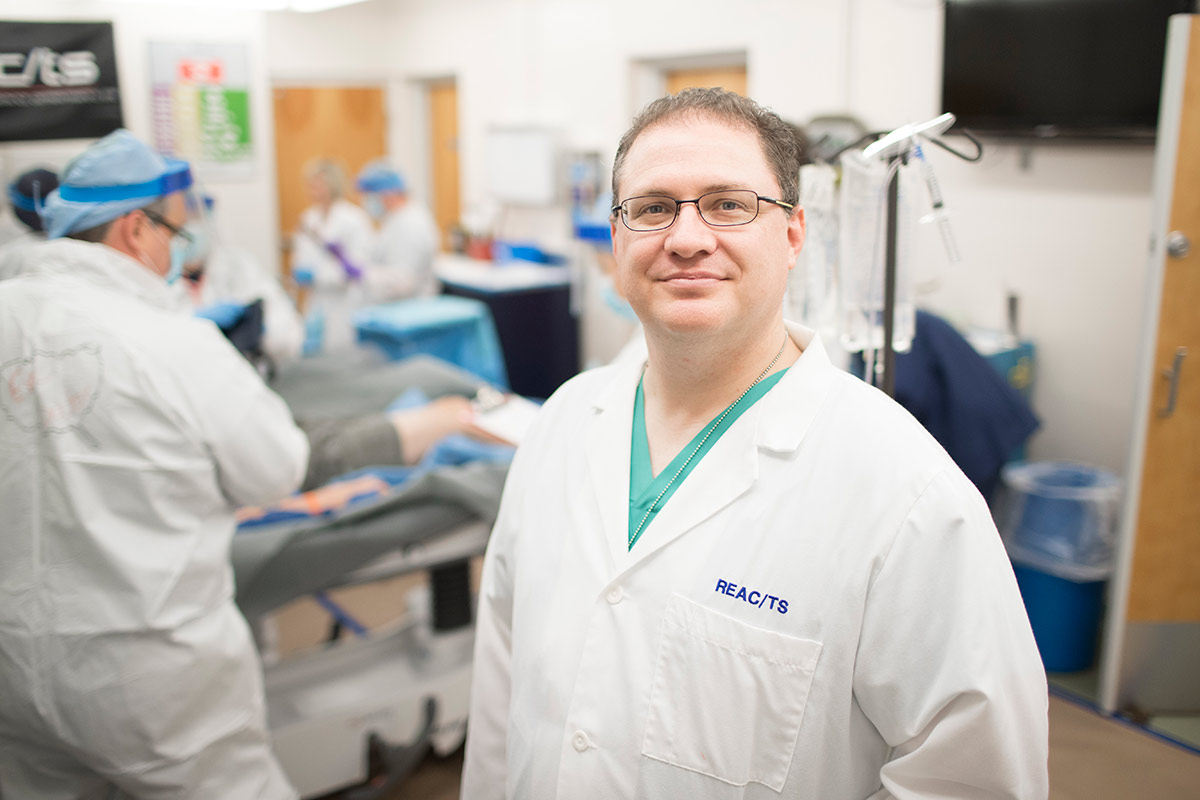 In 2021, Radiation Emergency Assistance Center/Training Site (REAC/TS) team members, who provided consultation during a breached radioactive source event at the University of Washington’s Harborview Research and Training Facility in 2019, received the U.S. Secretary of Energy’s Achievement Award for their contribution. Team members were honored for their response to a radiological emergency at the facility and for removing the breached radioactive source, which led the way for facility remediation efforts and minimized any harm or negative impacts to the public.